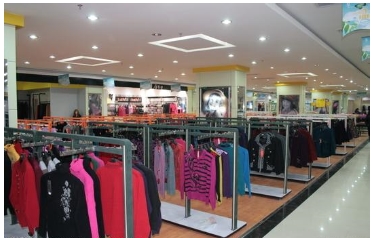 Under the pressure of the internal and external environment, from May to June, the country's textile and apparel exports once showed a low rate of growth, with an average increase of only 5.2%. In July, the confidence boosted by exports was boosted by the trade facilitation measures promulgated by the State Council and the expected effects of a series of favorable policies. At the same time, the external market demand has picked up slightly, which has led to a recovery growth in the export of China's previous downturn. Coupled with the relative stability of the currency value in July, the above-mentioned factors jointly contributed to a 15.8% rapid growth in textile and apparel exports during the month.

The EU market rebounded rapidly With the slow recovery of the economy, the EU market has improved slightly. In July, Chinaâ€™s exports to the European Union reversed its previous downturn and rebounded. Exports for the month were 6.14 billion U.S. dollars, an increase of 11.3%, of which exports of textiles and clothing increased by more than 10%. From July, the EU has added a new member state. From a country perspective, exports to the EU's original 15 countries grew even faster this month, with an increase of 11.6%. The 13 countries that joined it later grew relatively slowly. From January to July, Chinaâ€™s total exports to the EU increased by 4.6%, of which the export volume of key commodities such as knitted and woven garments increased by 4.4% and the price increased by 0.8%.

U.S. Market Fabric Leading In July of this year, Chinaâ€™s total exports to the United States increased by 10.1%. Among them, textiles grew by 15.8%, clothing rose by 8.6%, and textiles grew faster than clothing. Among the textiles, the fabrics grew fastest, with an increase of 40.3%. Except for silk fabrics, cotton, wool, and chemical fiber fabrics all achieved rapid growth. From January to July, the cumulative increase in exports to the United States was 6%, of which exports of major commodities, knitted and woven garments, rose by 6.8%, and prices rose by 2.2%.

The Japanese market is still bleak in the three major traditional markets. The situation in Japan is the least optimistic. In the second quarter, Chinaâ€™s monthly exports to Japan continued to fall. In July, there was a rebound, but the rate was modest, only an increase of 2.6%. Among them, textile exports still fell by 1%, and apparel increased by 3.5%. The growth of knitted and woven garments was mainly driven by quantity, and the overall export prices showed a downward trend. Once the market demand falls again, exports to Japan still cannot avoid the decline. From January to July, Chinaâ€™s total exports to Japan were US$14.22 billion, a decrease of 0.05%. The export volume of knitwear and woven garments of major categories of goods increased by 2.4%, and the average price of exports fell by 0.9%, of which the woven garments with relatively high prices fell more.

The volume of cotton imports rebounded in July. China's reserve cotton auction ended, and textile companies prepared for the new cotton year's raw materials and began to increase imports. The import of cotton in the month suspended the trend of continuous decline since April, and the import volume rebounded slightly to 338,000 tons, an increase of 25.3% compared with the previous period, but still decreased by 16.8% year-on-year. At the same time, as imports were dominated by high-grade cotton and import prices rose, the current month's import price was $2,190/tonne, reaching the year-end high. From January to July, China's total imports of 2.497 million tons of cotton, down 20.6%, the average import price of 1970 US dollars / ton, down 16.5%. According to data released by the China Cotton Association, China's July 328 cotton price index was 19,260 yuan per ton, up 6% year-on-year. When the mid-month cotton import price index was 15,192 per ton (according to 1% tariff), the cotton price difference between the month and the month was 4,068 yuan/ton, and the price gap was reduced by 62 yuan from the previous month.

EU market: China's share continues to decline According to EU customs statistics, in the first half of the year, EU textile and apparel imports reached US$56.42 billion, an increase of 0.3%. Among them, textiles increased by 3.4% and apparels decreased by 0.8%. With the overall import growth, the EUâ€™s imports from China have fallen by 5.5%, while imports from ASEAN have increased slightly by 1.7%. Turkey and Bangladesh became the main driving force for EU imports to increase. The EU's imports from these two regions increased by 7.2% and 7% respectively. These two places accounted for 25% of the EU market share, an increase of 1.7 percentage points over the same period of last year. In the first half of the year, the share of China's textile and apparel products in the EU market further shrank to 34.9%, which was 2.2 percentage points lower than the same period of last year. In the same period, the share of ASEAN in the EU market was little changed and remained basically unchanged.

U.S. Market: China and ASEAN's share narrowed According to U.S. Customs statistics, in the first half of 2013, U.S. textile and apparel imports totaled US$52.98 billion, up 2.7%, of which textiles grew by 2.4% and clothing rose by 2.8%. Imports of textiles and apparel from China and ASEAN increased by 1.4% and 6.2% respectively. The market share of Chinese products in the United States was 35.3%, a slight decrease of 0.5% from the same period of last year. Asean's market share in the United States climbed to 24.7%, 0.7% more than the same period of last year. The share of China and ASEAN in the US market was only 10.6%, which was further reduced from last year's level.

Japanese market: China's lost share was filled by ASEAN According to Japanese customs statistics, in the first half of 2013, Japanâ€™s textile and apparel imports totaled 19.26 billion U.S. dollars, a decrease of 2.5%, of which textiles declined by 6.4% and apparel declined by 1.3%. China imported 13.58 billion U.S. dollars, a decrease of 4.6%, and imports from ASEAN increased by 7.5%. The share of Chinese products in the Japanese market was 70.5%, which was 1.6 percentage points lower than the same period of last year, while the share of ASEAN rose to 15.4%, which was an increase of 1.5 percentage points from the same period of last year. The market share of Chinese clothing dropped to 74.4% while ASEAN rose to 14.9%.